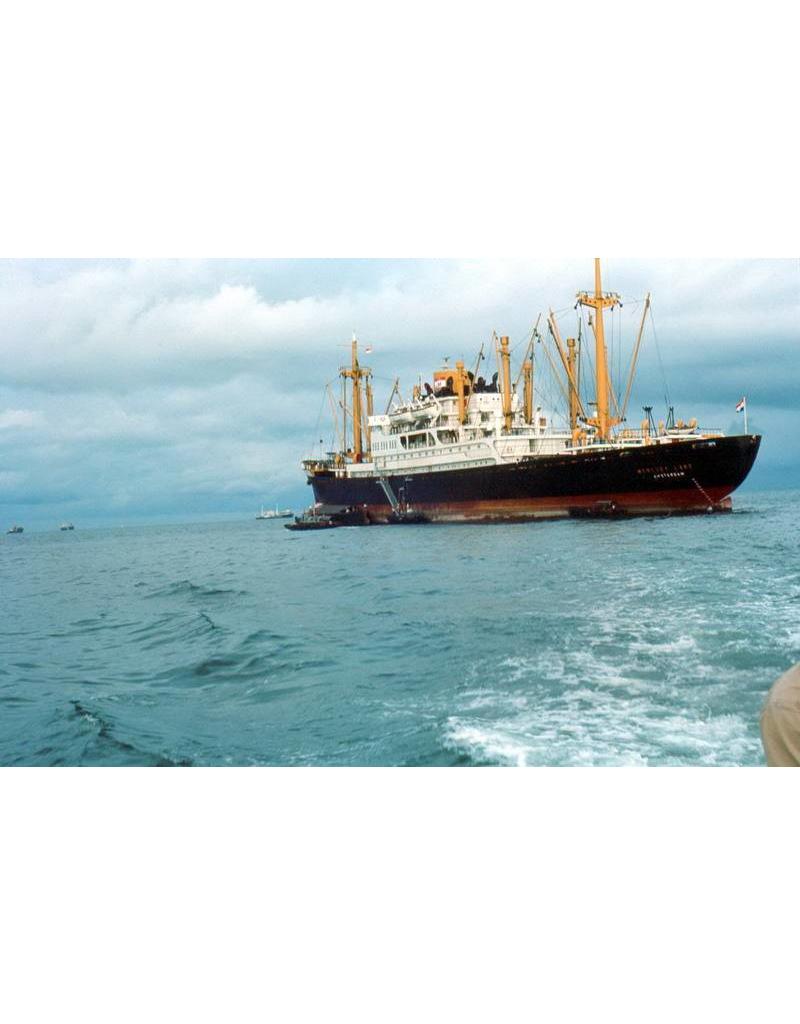 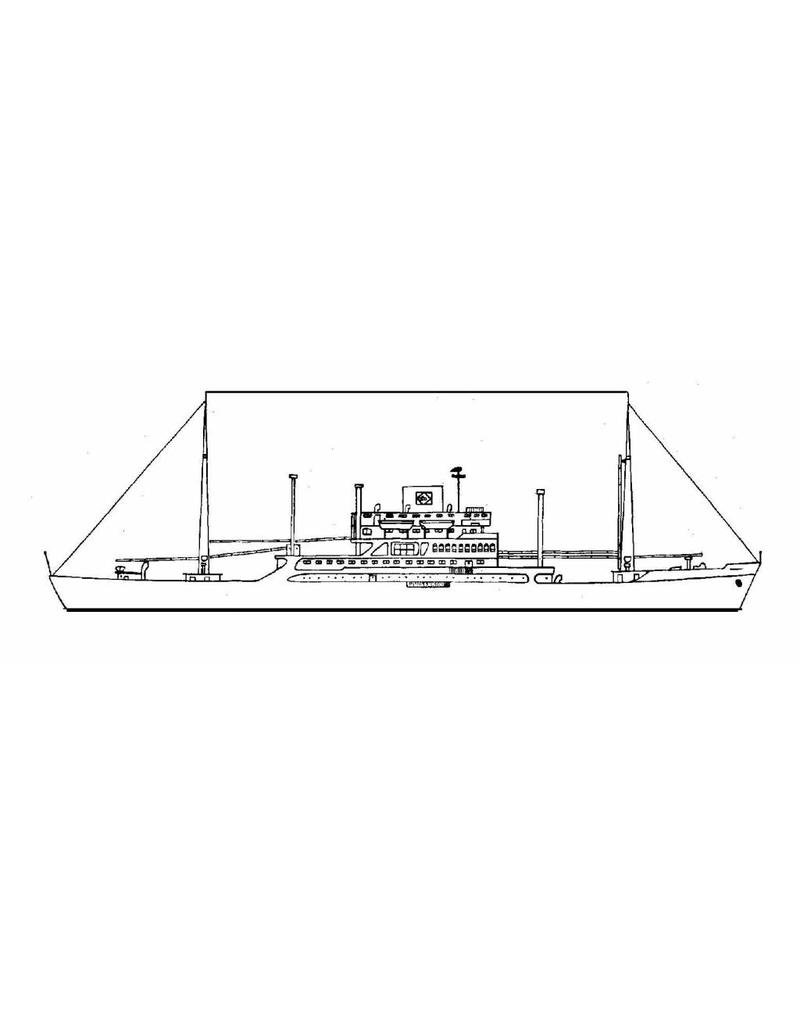 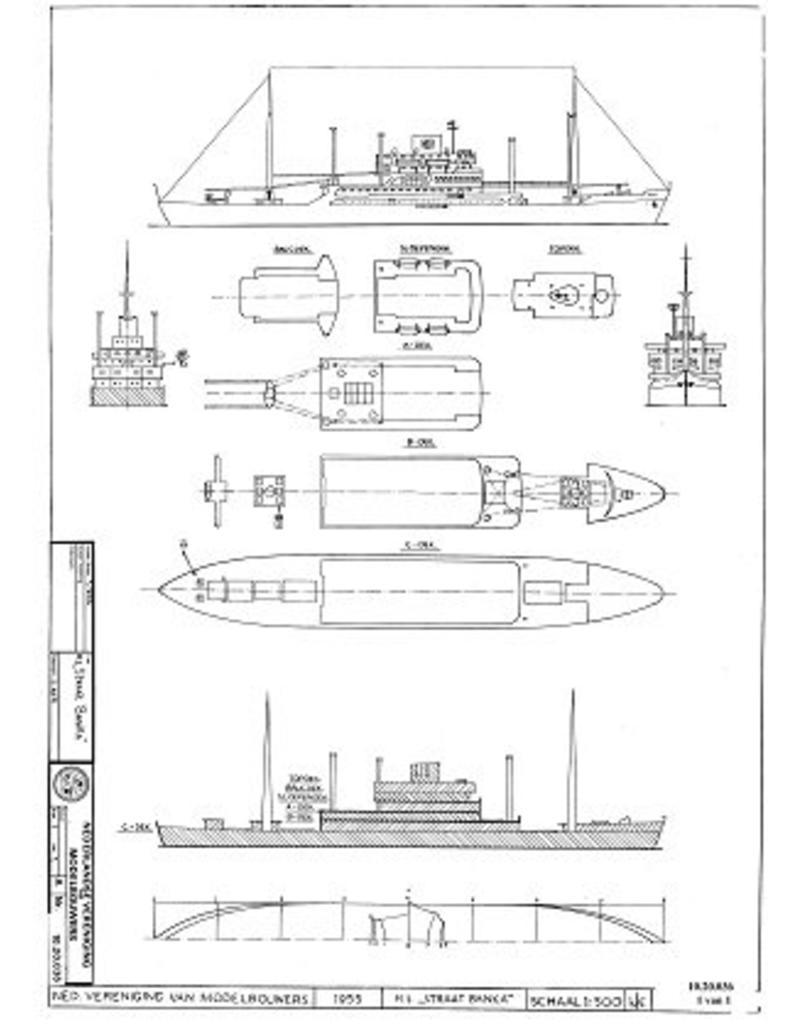 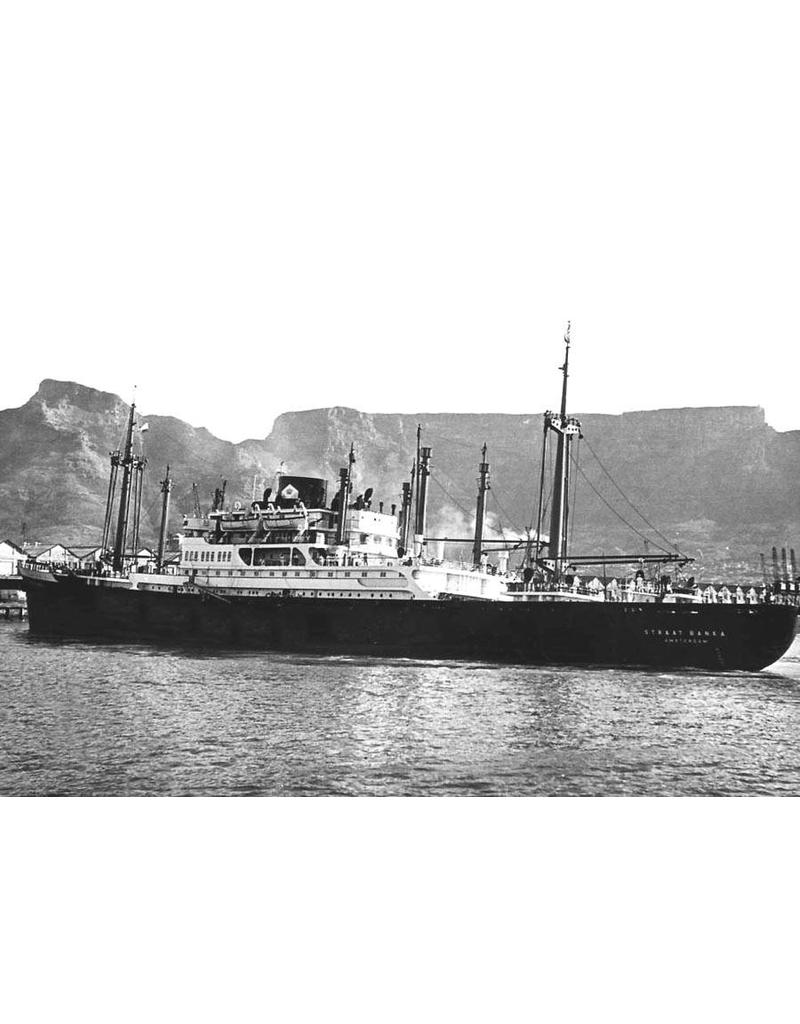 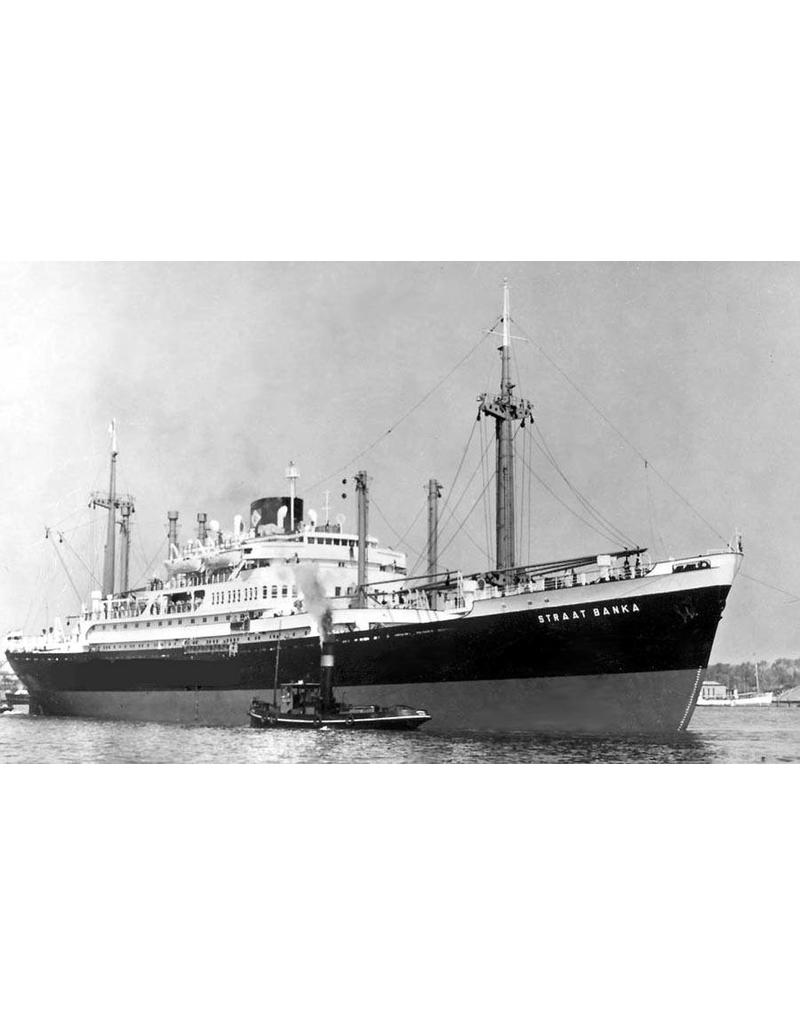 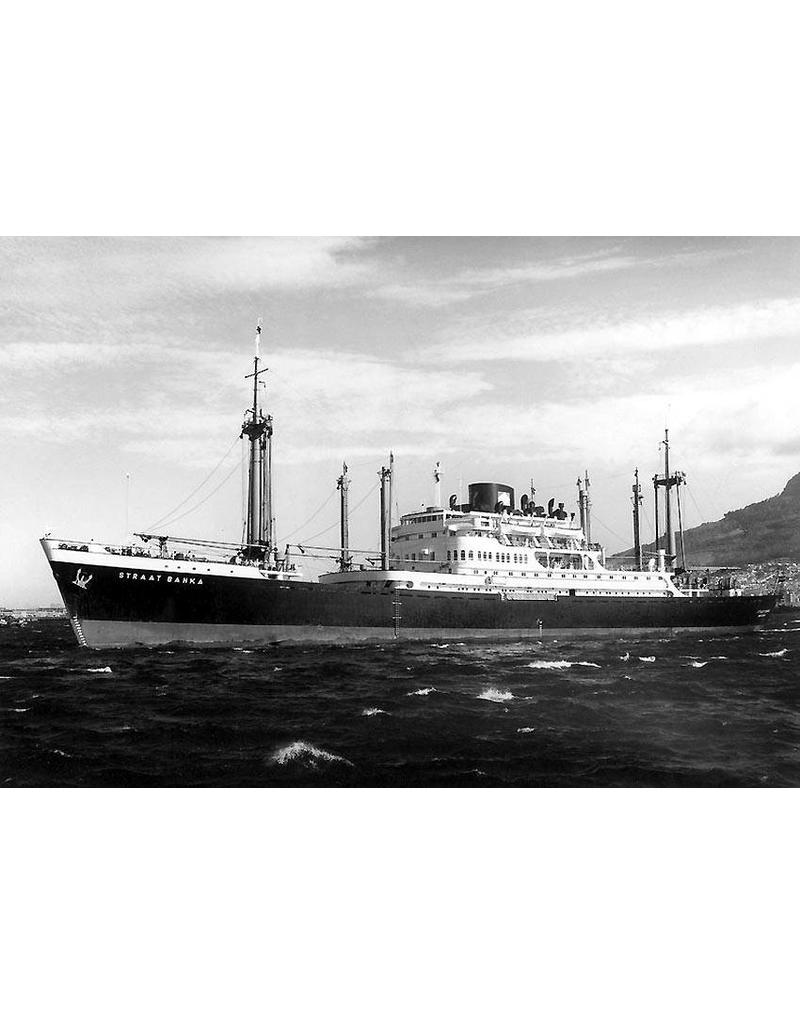 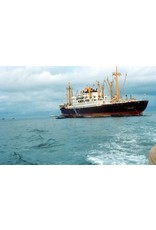 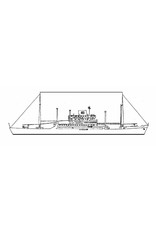 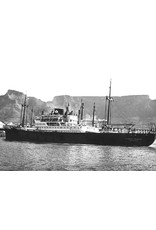 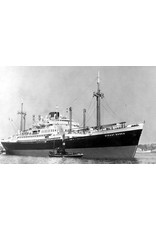 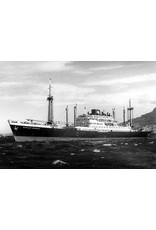 2: MS Straat Banka was delivered to her owners on May 16, 1952 and as soon she was stored up and fully manned, and commenced her scheduled voyages as follows;

It would be later that their routes were changed and the Straat Banka would be placed on Bombay to Australia service, whilst the Tjinegara would take over the Straat Banka’s earlier service, being the Yokohama to Buenos Aires service, thus their schedules were completely reversed!

Straat Banka was built with and attractive and a well balanced superstructure amidships and it accommodated just 48 First Class passengers in sheer comfort and many booked a voyage on her, as they were looking for an extended voyage looking forward to many exciting ports, filled with great adventure!