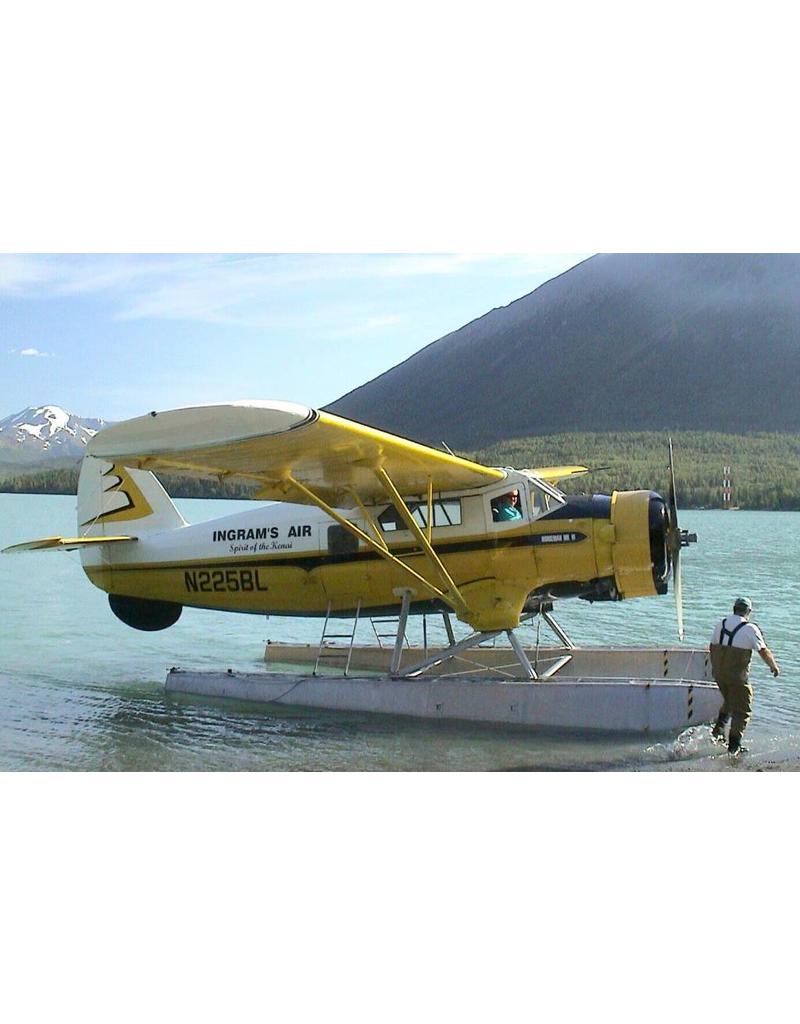 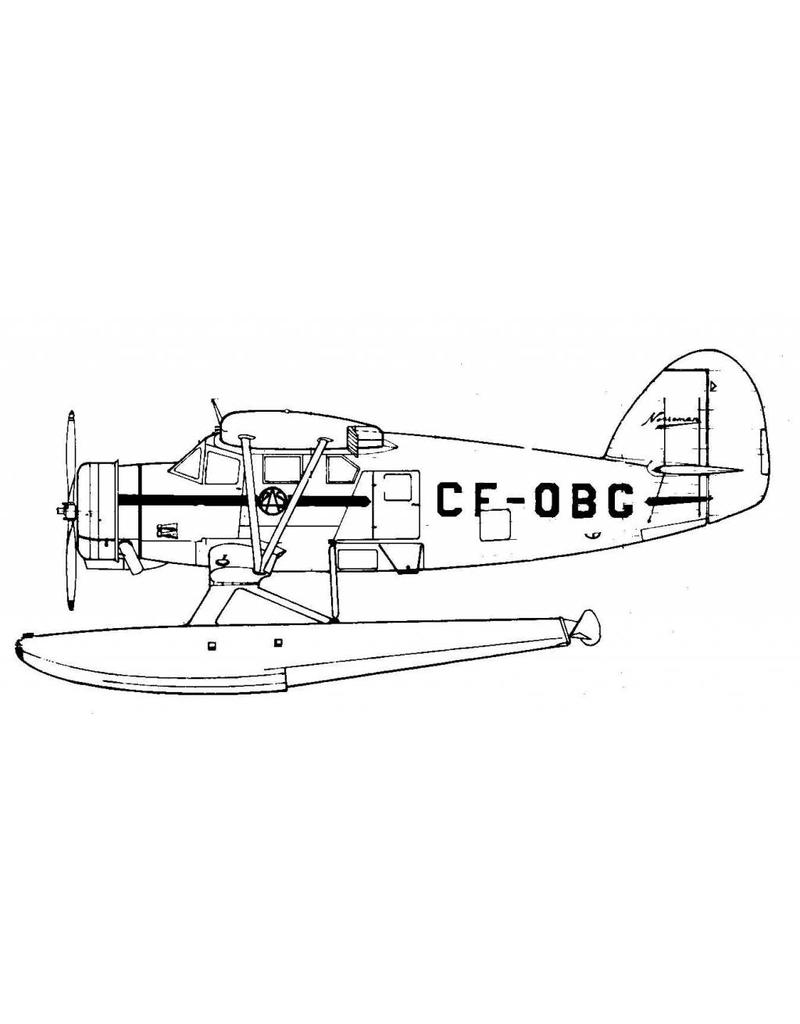 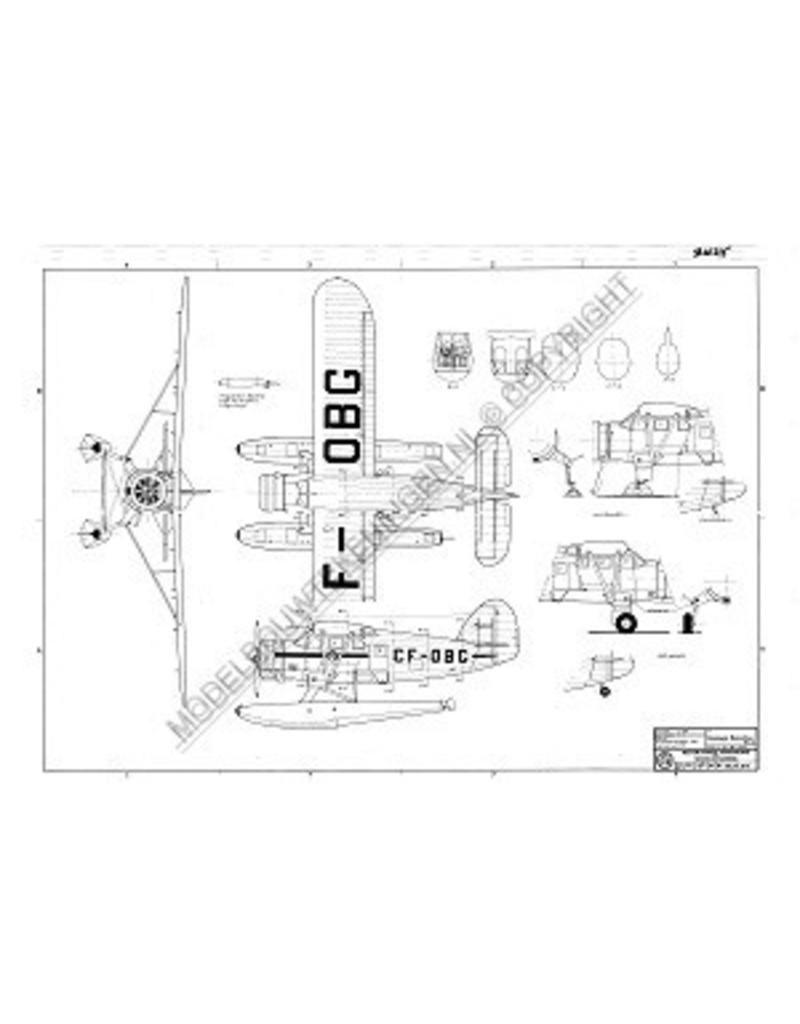 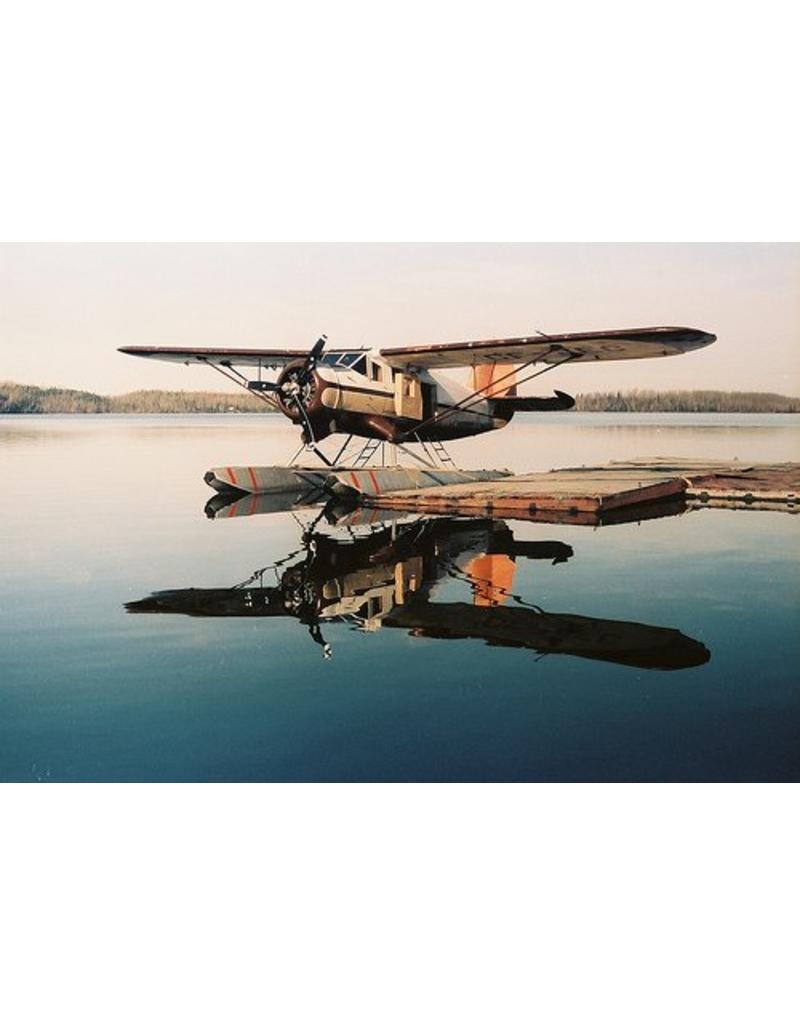 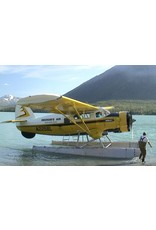 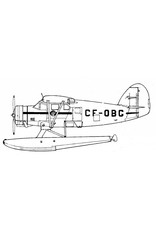 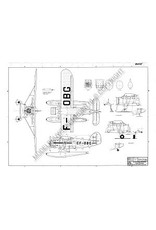 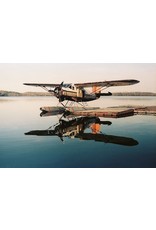 Originally introduced in 1935, the Norseman remained in production for almost 25 years with over 900 produced. A number of examples remain in commercial and private use to this day. Norseman aircraft are known to have been registered and/or operated in 68 countries throughout the world and also have been based and flown in the Arctic and Antarctic regions.

Designed by Robert B.C. Noorduyn, the Noorduyn Norseman was produced from 1935 to 1959, originally by Noorduyn Aircraft Ltd. and later by the Canada Car and Foundry company.

With the experience of working on many ground-breaking designs at Fokker, Bellanca and Pitcairn-Cierva, Noorduyn decided to create his own design in 1934, the Noorduyn Norseman. Along with his colleague, Walter Clayton, Noorduyn created his original company, Noorduyn Aircraft Limited in early 1933 at Montreal while a successor company bearing the name, Noorduyn Aviation, was established in 1935.

Noorduyn's vision of an ideal bush plane began with a high-wing monoplane airframe to facilitate loading and unloading passengers and cargo at seaplane docks and airports; next, a Canadian operator utilizing existing talents, equipment and facilities should be able to make money using it; last, it should all-around superior to those already in use there.

From the outset, Noorduyn designed his transport to have interchangeable wheel, ski or twin-float landing gear. Unlike most aircraft designs, the Norseman was first fitted with floats, then skis and, finally, fixed landing gear.

The final design looked much like Noorduyn's earlier Fokker designs, a high-wing braced monoplane with an all-welded steel tubing fuselage. Attached wood stringers carried a fabric skin. Its wing was all fabric covered wood, except for steel tubing flaps and ailerons. The divided landing gear were fitted to fuselage stubs; legs were secured with two bolts each to allow the alternate arrangement of floats or skis. The tail wheel strut could be fitted with a wheel or tail skid.

The first Norseman, powered by a Wright R-975-E3 Whirlwind, was flight tested on floats on November 14, 1935 and was sold and delivered to Dominion Skyways Ltd. on January 18, 1936, registered as "CF-AYO" and named ‰Û¡ÌÝÌArcturus." In summer 1941, Warner Brothers leased CF-AYO for the filming of "Captains of the Clouds" starring James Cagney. Principal aerial photography took place near North Bay, Ontario with CF-AYO carrying temporary registration "CF-HGO." CF-AYO was lost in a crash in Algonquin Park in 1952. Its wreckage currently is on display at the Canadian Bushplane Heritage Centre.

Almost immediately, the Norseman proved itself to be a rugged, reliable workhorse with steady sales. The first aircraft, CF-AYO, was designated the Norseman Mk I. The next aircraft, "CF-BAU," having some minor changes required after the certification tests, and a new Pratt & Whitney R-1340 Wasp SC-1 engine up-rated from 420 to 450 hp, was designated Norseman Mk II while the next three aircraft were Norseman Mk IIIs: "CF-AZA" going to MacKenzie Air Service, Edmonton, Alberta, "CF-AZE" to Prospector Airways, Clarkson, Ontario and "CF-AZS" to Starrat Airways, Hudson, Ontario. "CF-BAU" would be modified on June 26, 1937 to become the prototype Norseman Mk IV, powered by a Pratt & Whitney Wasp S3H-1. The Mk IV became the "definitive" model but the production run might have ended at a few hundred examples if not for the advent of the Second World War.

Until 1940, the Noorduyn company had sold only 17 aircraft in total, primarily to commercial operators in Canada's north and to the Royal Canadian Mounted Police. With the outbreak of war in Europe, demand for a utility transport led to major military orders. The Royal Canadian Air Force and the United States Army Air Forces became the two largest operators; the RCAF ordered 38 Norseman Mk IVWs for radio and navigational training for the Commonwealth Air Training Plan.

USAAF Colonel Bernt Balchen had been involved in establishing a staging route across Greenland to facilitate the ferrying of aircraft from North America to Europe. He required a bush plane rugged enough to survive in the harsh conditions of the Arctic. After evaluating six Norsemans diverted from a previous RCAF order, late in 1941, he recommended the purchase of the Norseman Mk IV specially modified to USAAF requirements as the YC-64A. After the US entry into the Second World War, the USAAF placed the first of several orders for a production version C-64A Norseman. The principal differences involved fitting two fuselage belly tanks bringing the standard fuel capacity to 201 Imp. gal (914 l); an additional cabin fuel tank of 32 Imp. gal (145 l) could also be installed. These changes resulted in an increase of 950 lb (431 kg) in the loaded weight of the standard Mk IV. Deliveries began in mid-1942, with the American military eventually placing orders for 749 Norseman Mk IVs as the C-64A (later UC-64A).

Throughout the Second World War, the USAAF Norseman aircraft were used in North America (primarily Alaska) as well as other in theaters of war, including Europe. Three UC-64As were used by the US Navy under the designation JA-1. Six C-64B floatplanes were used by the US Army Corps of Engineers, as well as by other Allied air forces, who placed orders for 43 Norseman Mk IVs. The RCAF ordered an additional 34 aircraft as Norseman Mk VI. Noorduyn was the sole manufacturer, but when the USAAF considered ordering a larger number of C-64As, license production of 600 by Aeronca Aircraft Corp. (Middletown, Ohio) was contemplated before the contract was cancelled in 1943.

It was a UC-64A Norseman (s/n 44-70285) flown by F/O John R. S. Morgan in which Major Glenn Miller was flying as a passenger when he disappeared over the English Channel on December 15, 1944, possibly due to aircraft carburetor icing or from jettisoned bombs from RAF Lancasters after an aborted raid.

It was also in 1944 that a Norseman crashed into King Alfred's tower, a 50 m tall folly in Somerset, England, tragically killing all five air crew. The tower, part of the celebrated Stourhead estate and landscape, was not repaired until 1986 which included the use of a Wessex helicopter to lower a 300 kilograms (47 st) stone onto the top. As of 2013, the site of the collision is visible as a patch of newer bricks in the side of the building, 25 meters from the ground.[citation needed]

In postwar production, the Canada Car and Foundry in Fort William, Ontario acquired rights to the Norseman design, producing a version known as the Norseman Mk V, a civilian version of the wartime Mk IV. In order to exploit the market further, the "Can Car" factory designed and built the Norseman Mk VII. This version had a bigger engine, a new all-metal wing and greater cargo capacity but was fated never to go into production. With large Korean War commitments at that time, the company put it into temporary storage where it was destroyed in a hangar fire in September 1951.

In 1953, Noorduyn headed a group of investors who bought back the jigs and equipment from Canada Car and Foundry and started a new company called Noorduyn Norseman Aircraft Ltd. Bob Noorduyn became ill and died at his home in South Burlington, Vermont, on 22 February 1959. The company continued to provide support for operating Norseman aircraft and built three new Mk Vs before selling its assets in 1982 to Norco Associates. Norco provided support services only, as Norseman aircraft manufacture was labor-intensive and very expensive.

In recognition of the Norseman's role in serving the remote villages of northern Canada, the town of Red Lake, Ontario, a jumping-off point for remote communities in Northwestern Ontario, promotes itself as The Norseman Capital of the World. Each summer in July, the "Norseman Floatplane Festival" brings Norseman aircraft to Red Lake as the centrepiece of a community based weekend festival ranging from stage entertainment, children's games and rides, contests, cultural and historical displays and street vendors with craft and specialty booths.

The Canadian Second World War "ace-of-aces" George Beurling died in a Norseman while landing at Urbe Airport in Rome, Italy, in 1948.