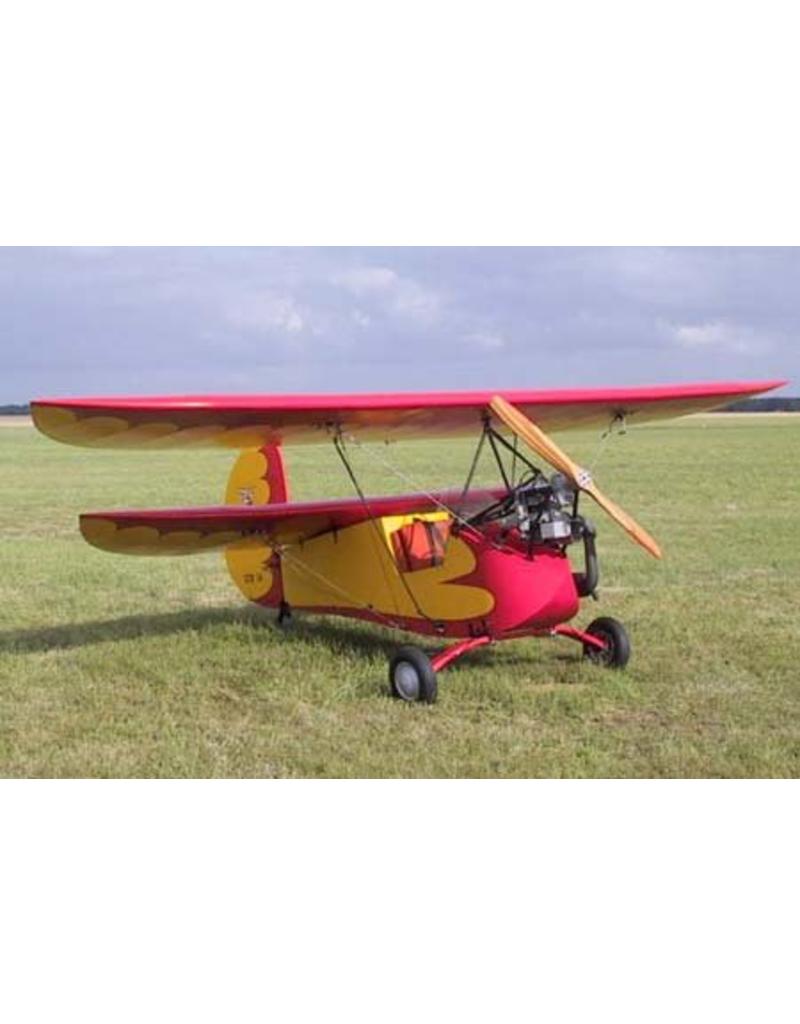 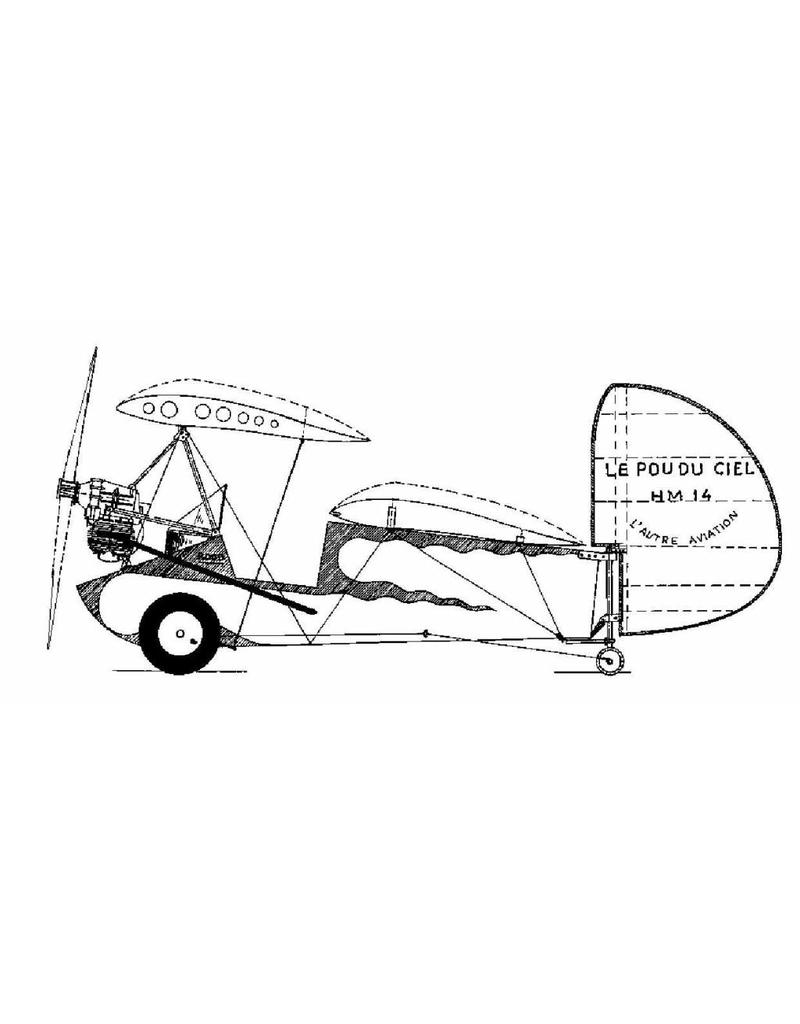 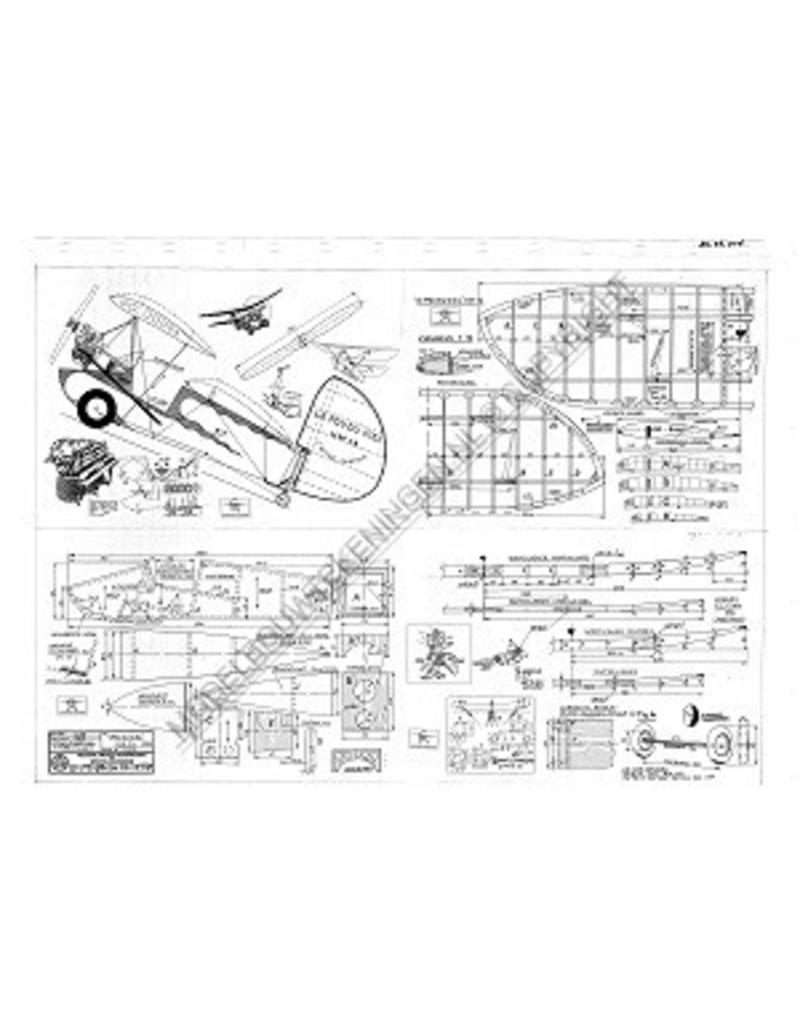 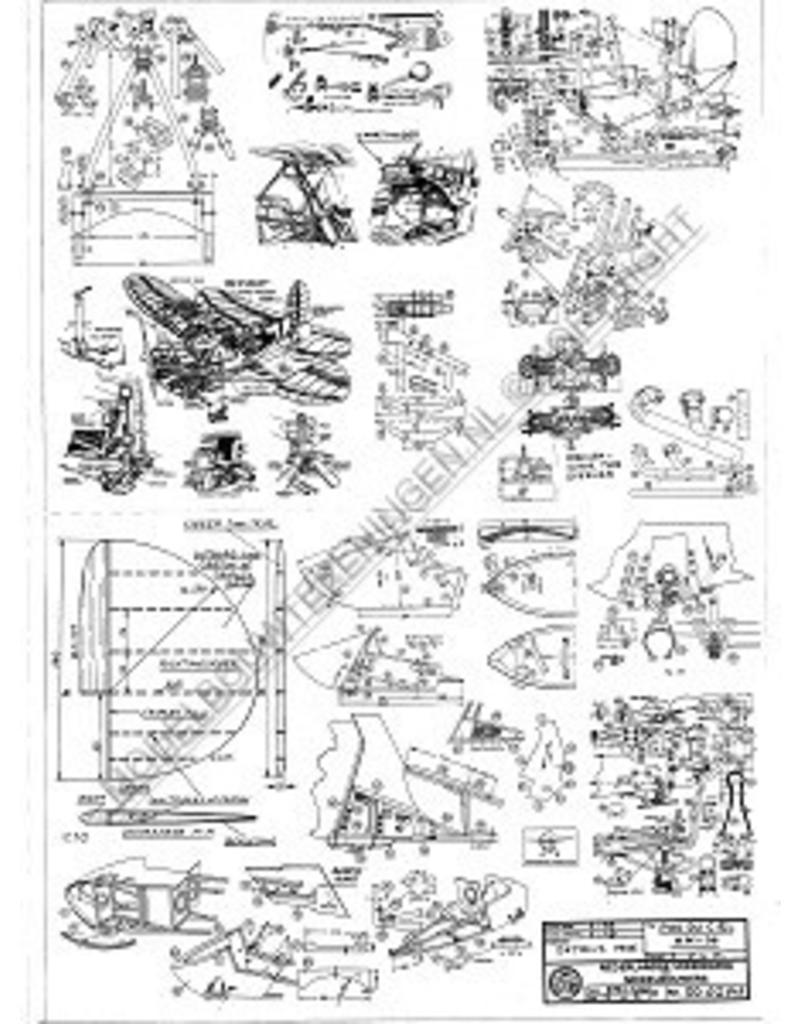 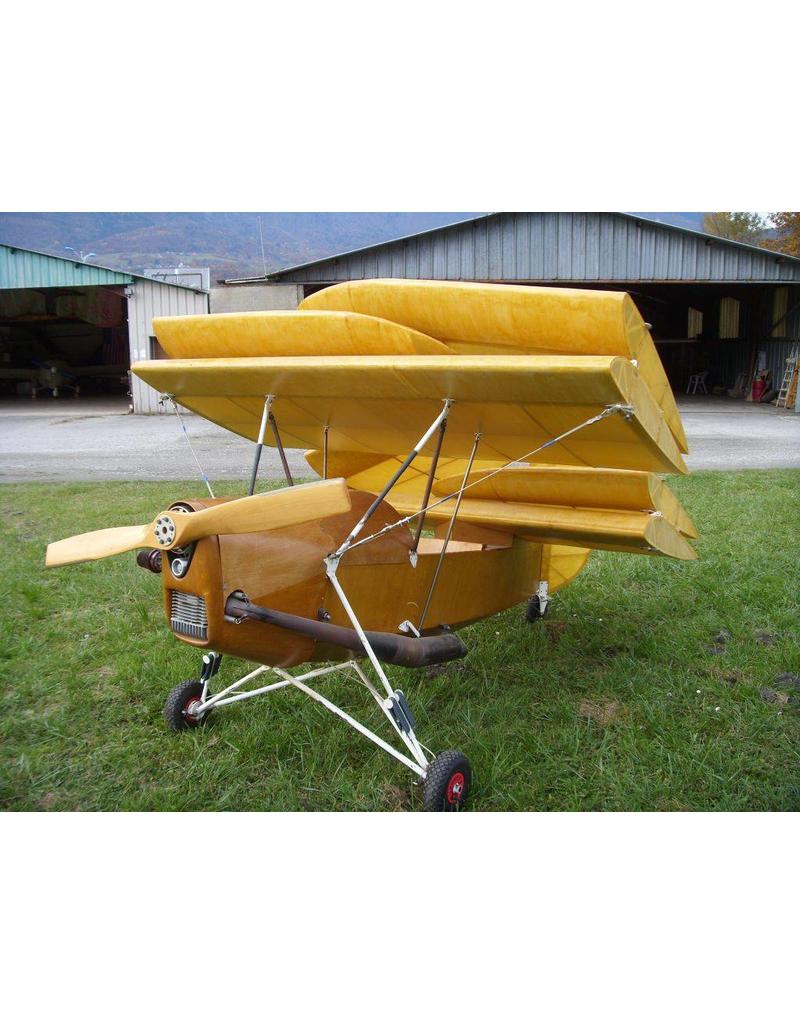 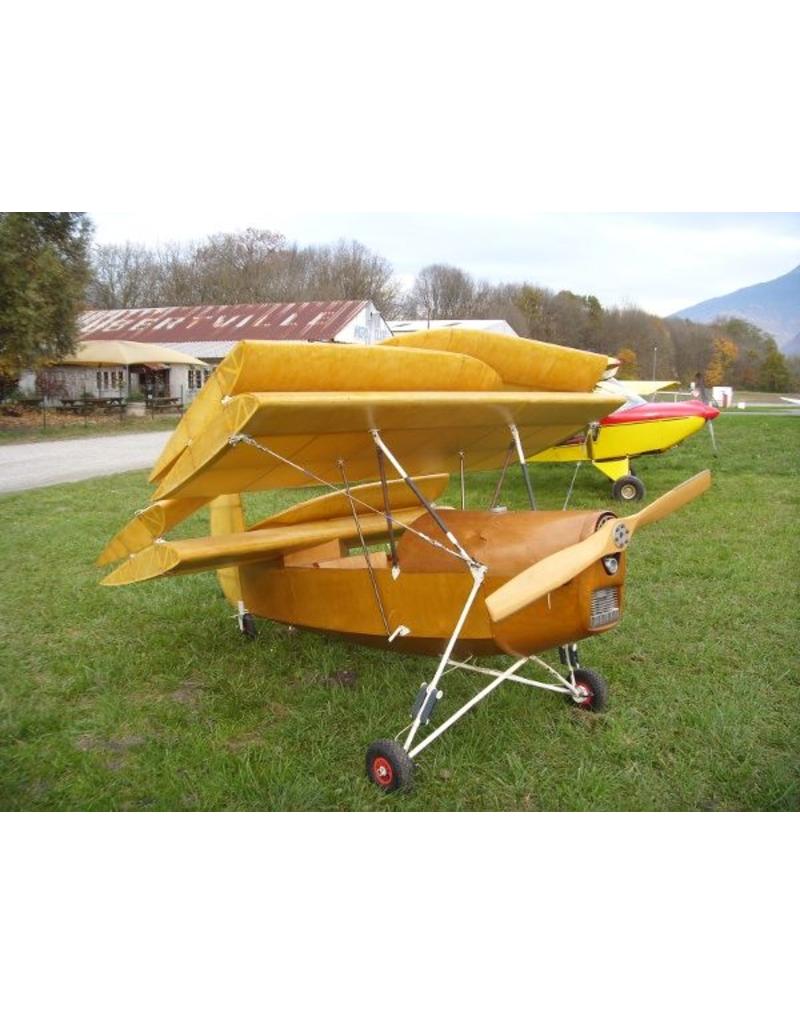 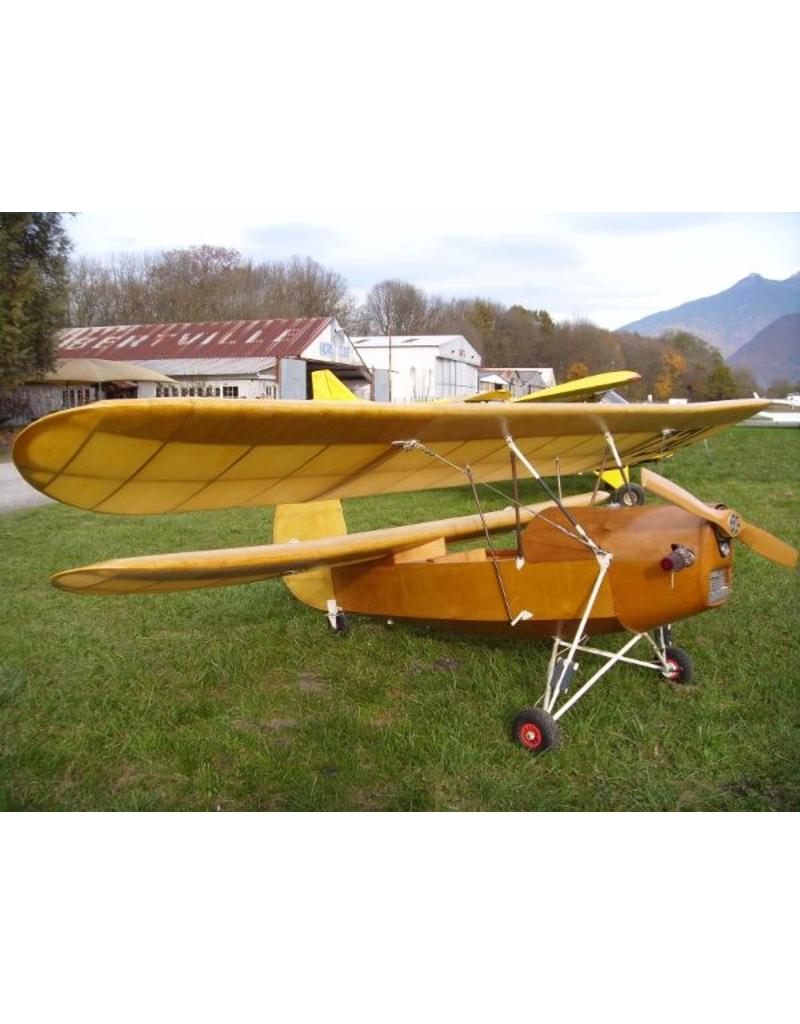 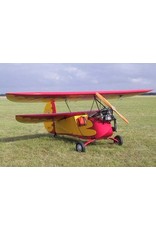 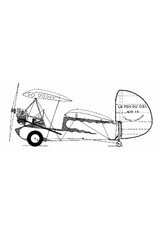 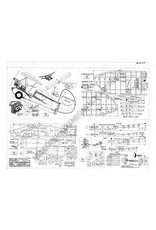 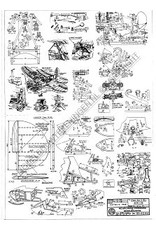 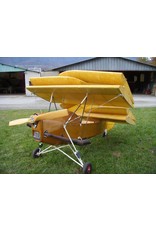 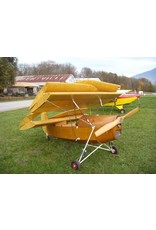 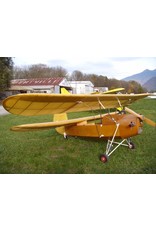 The Flying Flea (Pou du Ciel literally "Louse of the Sky" in French) is a large family of light homebuilt aircraft first flown in 1933.

The odd name comes from the French nickname for the Ford Model T automobile, "Pou de la Route" or "Louse of the Road" because Henry Ford's economy car was so common and initially came only in black. Henri Mignet dreamed of creating a Model T of the air, an airplane for the common man, hence "Pou du Ciel." In the English translation, the term became "Flying Flea." Originally applied only to the HM.14 model, the name has now come to describe the family of aircraft of similar configuration designed by Mignet and others.

The Flying Flea family of aircraft was designed by Frenchman Henri Mignet.

Between 1920 and 1928, Mignet built various prototypes from the HM.1 to the HM.8, a monoplane that was the first of his designs that really flew. Instructions for building the HM.8 Avionnette were published by Mignet in a self-published book—he hand wrote the text and drawings, created photographic plates and printed and bound the books himself—but Mignet was still not satisfied. In particular, he felt that he was not himself a very good pilot and did not like the challenge of coordinating the stick and rudder on a conventional aircraft. He yearned for a simpler solution. Between 1929 and 1933, he continued building prototypes, and testing them in a large field near Soissons. The result of this experimentation with many odd and innovative configurations was the HM.14.

In 1933, Mignet successfully flew for the first time in his HM.14, the original flying flea, and publicly demonstrated it. In 1934, he published the plans and building instructions in his book Le Sport de l'Air. In 1935, it was translated into English in Britain and serialised in Practical Mechanics in the USA, prompting hundreds of people around the world to build their own Flying Fleas.

Despite the initial popularity of the design, thanks in no small part to the passionate enthusiasm of Mignet himself, the original HM.14 revealed design flaws that could lead to an unrecoverable and often fatal dive under certain conditions; when the front wing was put in a high attack angle for climbing, the high-speed flow of air deflected by the front wing went to the rear wing upper surface, greatly increasing the rear wing's lift, and putting the nose down, the instinctive reaction of pilot being pulling even more the stick, this worsened the situation, as the way to go out of this 'vicious circle' was reducing the front wing incidence, as to command a nose down descent. Also some homebuilders attempted to simplify construction by modifying components such as the wings tips curving up, resulting in extremely dangerous airplanes and deadly accidents that forced the air authorities to ban building more of them.[6] Studies in the UK and France revealed the problem (the HM.14 was small enough to fit in wind tunnels in both countries usually used for scale models of larger aircraft) and corrections were made to the design. Unfortunately, the wave of bad publicity created by the crashes dogged Mignet for the rest of his life and continues to be associated with the design today despite the fact that the basic Mignet configuration has proven to be safe in hundreds of successful homebuilt aircraft and factory built microlights.

Mignet made the aircraft intentionally simple. The Flying Flea is essentially a highly staggered biplane, which almost could be considered to be a tandem wing aircraft, built of wood and fabric. The original design was a single-seater, and had two-axis flying controls. The aircraft had a standard control stick. Fore-and-aft movement controlled the front wing's angle of attack, increasing and decreasing the lift of the wing. Because the front wing was located forward of the center of gravity, that would pitch the nose up and down.

Side-to-side movement of the stick controlled the large rudder. This produced a rolling motion because the wings both had substantial dihedral, through yaw-roll coupling. The rudder had to be quite large not only to produce adequate roll but also because the fuselage was very short, reducing the leverage of the rudder. The Flying Flea, being a two axis aircraft, could not be landed or taken off in substantial crosswinds. This was not a big issue when the aircraft was designed because at that time aircraft were usually flown from large open fields allowing all take-offs and landings into wind.

The result was an aircraft that was substantially simpler to build (just two wings and a rudder, two of which moved, with no ailerons or other control surfaces) and easier to fly (just a control stick, no rudder pedals at all) than a conventional aircraft. Mignet claimed, only half jokingly, that anyone who could build a packing crate and drive a car could fly a Flying Flea.