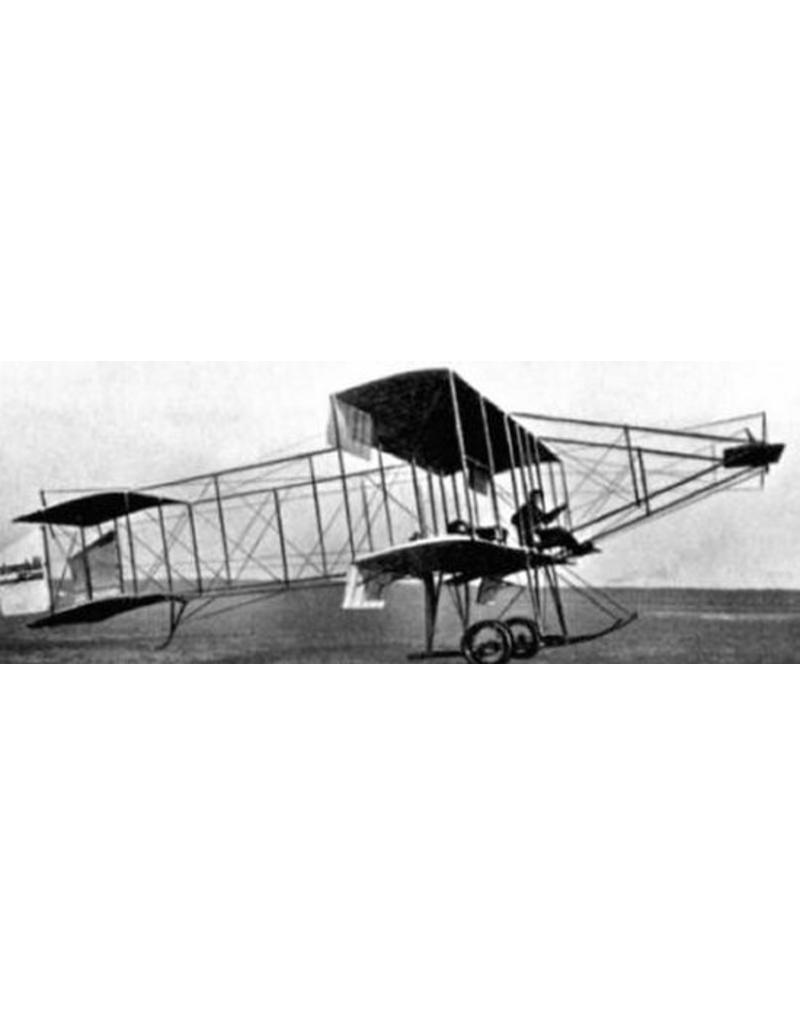 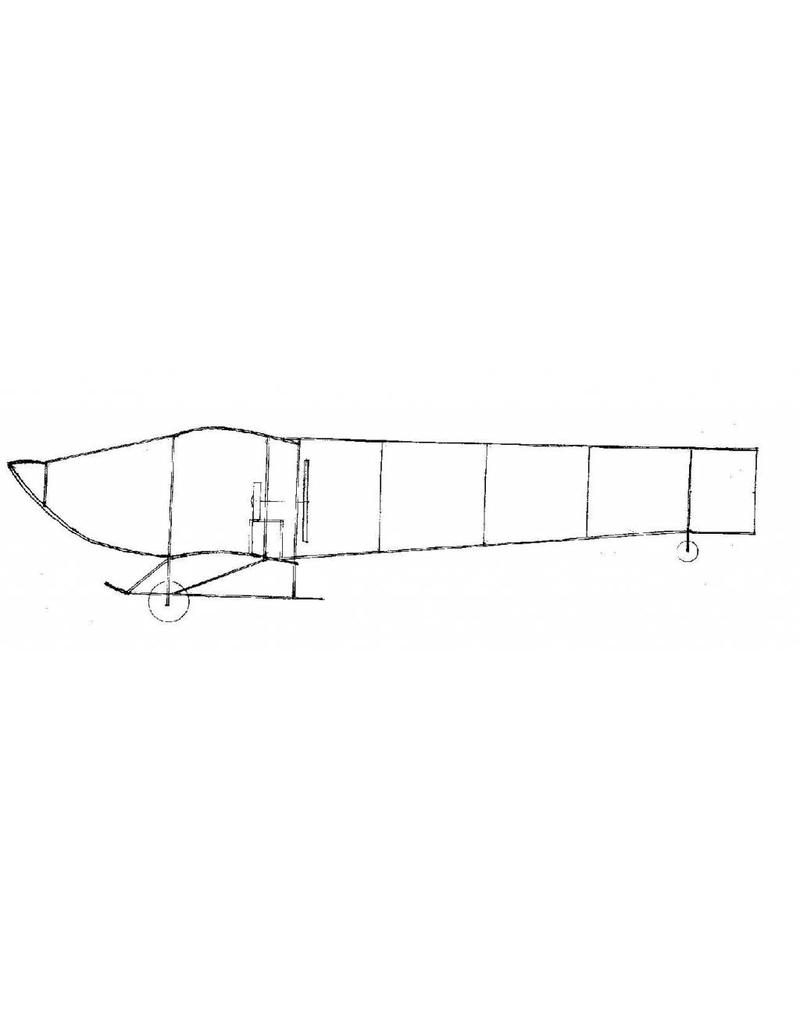 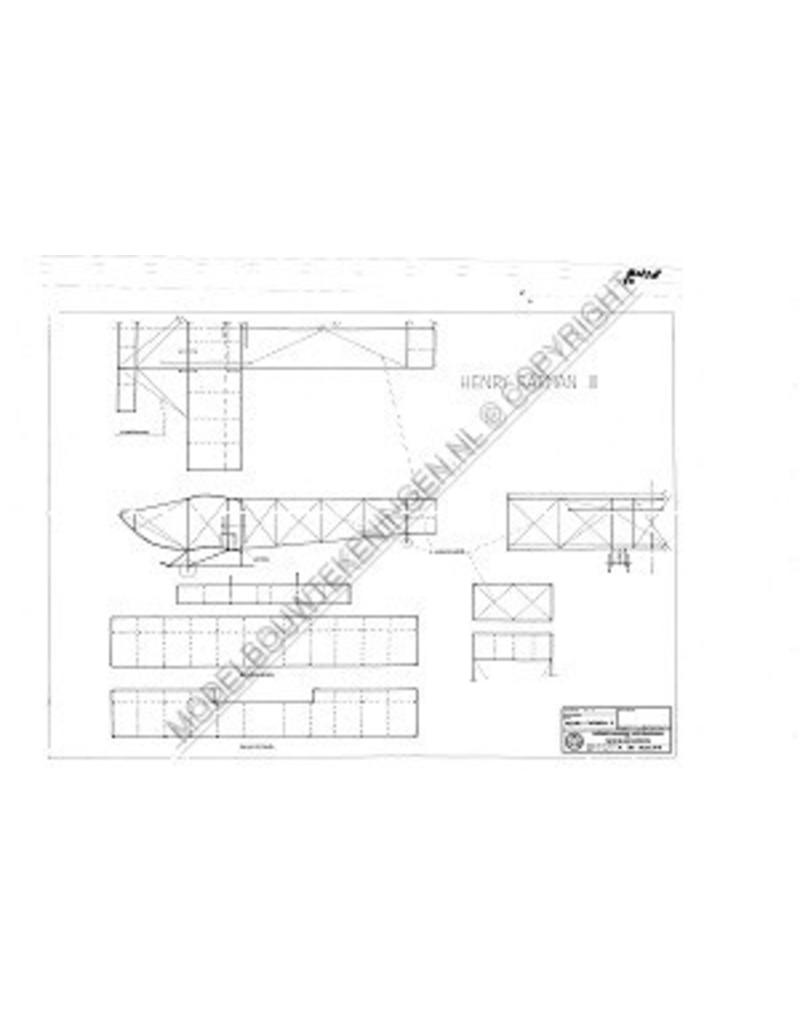 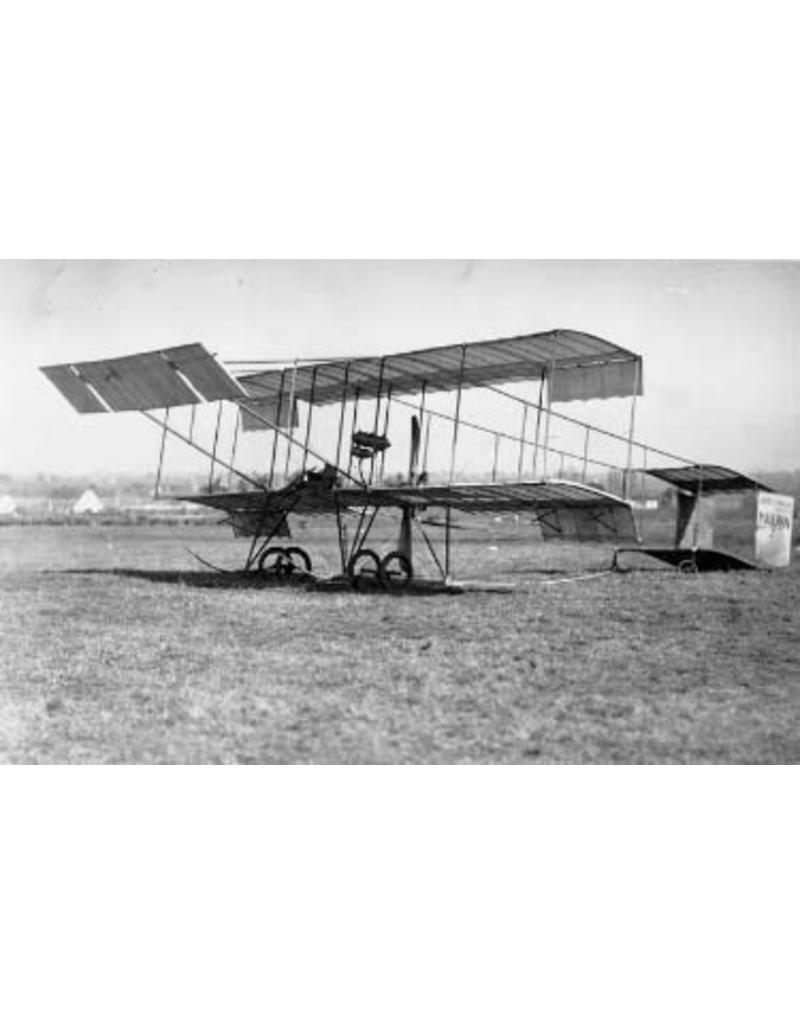 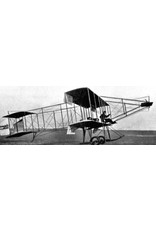 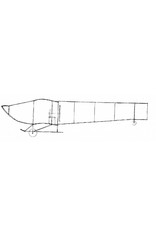 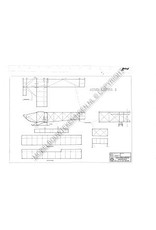 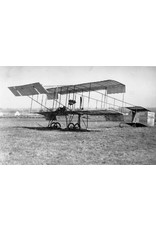 The Farman III, also known as the Henry Farman 1909 biplane, was an early French aircraft designed and built by Henry Farman[1][2] in 1909. Its design was widely imitated, so much so that aircraft of similar layout were generally referred to as being of the "Farman" type.

Henry Farman's first aircraft had been bought from the Voisin brothers in 1907. Soon after his first flights Farman began to modify and improve the design of the aircraft, which was known as either the Farman I or Voisin-Farman I. During 1908 Farman re-covered the aircraft with 'Continental' rubberized fabric and added the side-curtains, and it was re-designated the Farman I-bis. Ì´Ì_Following the Wilbur Wright-piloted flying demonstrations at Le Mans in August 1908, Farman fitted ailerons to the aircraft.

The Voisin brothers built another aircraft, to be called the Farman II, incorporating refinements of the design to Farman's specification. Voisin later sold this aircraft to J.T.C. Moore-Brabazon. Brabazon subsequently exported the aircraft to England, where it became known as the Bird of Passage. This episode angered Farman, and caused him to sever his association with Voisin in early 1909 and start aircraft construction for himself.

The Farman III was, like the Voisin, an equal-span pusher biplane with a single forward elevator and biplane tail surfaces carried on booms. Farman's design eliminated the covered nacelle for the pilot which also carried the elevator in the Voisin: instead the elevator was mounted on two pairs of converging booms. Lateral control was effected by ailerons on both upper and lower wings. The undercarriage also differed considerably, replacing the pair of wheels with a pair of skids each carrying a pair of wheels sprung using bungee cord and restrained by radius rods.

As first flown in April 1909 the aircraft had vertical fixed surfaces carrying twin rudders on their trailing edges and very broad-chord ailerons. The airframe was made of wood, mainly ash, with members joined using aluminium sockets. Wing and tail surfaces were covered with a single fabric surface, with the ribs and two spars enclosed in pockets. The fixed vertical surfaces had been removed and the ailerons replaced with smaller ones by the time the aircraft appeared at Reims in August. The original engine was a 50 hp (37 kW) 4-cylinder inline water-cooled Vivinus. Farman replaced the engine with the new and more reliable 50 hp (37 kW) Gnome Omega rotary engine while the aircraft was at the Grande Semaine d'Aviation at Reims, and the new engine's reliability contributed towards his success there. The aircraft had been entered with the Vivinus engine, and the last-minute engine replacement caused some of his competitors to try to get him disqualified. Production aircraft were fitted with a variety of engines, including the Gnome and the E.N.V. water-cooled V-8 engine. In 1910 the design was modified by adding an elevator to the upper tailplane surface.

The Farman III had enormous influence on European aircraft design, especially in England. Drawings and details of the aircraft were published in England by Flight, and it was so widely imitated that its layout became referred to as the "Farman Type". Among these aircraft are the Bristol Boxkite, the Short S.27 and the Howard Wright 1910 Biplane. The Bristol aircraft was so similar to Farman's design that he considered legal action.

Farman was rewarded by commercial success, and many examples of the type were sold. Farman III aircraft were also built in Germany by the Albatros Flugzeugwerke at Johannistal as the Albatros F-2.

Examples of a racing variant were built in 1910. This had a reduced wingspan, with the upper wing spanning 8.5 m (27 ft 11 in) and a monoplane tail.

Produced to make an attempt to win the 1910 Michelin Cup long-distance competition, this aircraft had the same basic configuration but differed in having 2.5 m (8 ft 2 in) extensions on the upper wing, giving a total wing area of 70 m2 (750 sq ft) and a long nacelle to protect the pilot from the cold. Ailerons were fitted only on the upper wing, and fuel and oil tankage was increased to 230 lt and 80Ì´Ì_ lt respectively to give an endurance of 12 hours.

One of the first examples built was bought by Roger Sommer, who only two months after learning to fly set a new French endurance record with a flight of 1 hour 50 minutes on 1 August 1909,[10] bettering this with a flight of 2hr 27min 15sec made a week later: this would have qualified as a new world record had it been officially observed. Sommer later went on to manufacture aircraft himself, his first design derived from the Farman.

Sommer's performance was easily beaten by Farman at the Grande Semaine d'Aviation held at Rheims later that month, where he won the prize for distance with a flight 180 km (110 mi) in just under 3 hours 5 minutes at Rheims on August 27. Farman also won the passenger carrying prize, and came second in the altitude competition.

Two examples took part in the aviation meeting held in Blackpool in September 1909, one flown by Farman and the second by Louis Paulhan, winning first and third prizes for distance flown and first and second prizes in the speed contest, and at the end of October 1909 Paulhan made the first exhibition flight at Brooklands in his Farman, watched by a crowd of 20,000 people. In early 1910 Paulhan travelled to America to take part in the Los Angeles aviation meeting, taking a BlÌÎå©riot XI monoplane and a Farman. Flying the Farman, he set an altitude record of 1,258 m (4,126 ft) on 12 January.

Farman flew the type to win the International Michelin Cup with a flight of232 km (144 mi) in 4 hours 17 minutes and 53 seconds at Mourmelon on November 3, .

The type was widely used as a training aircraft. By the beginning of 1911 the AÌÎå©ro-Club de France had issued 354 pilots licences, of which 81 had been gained flying a Farman III; a total only exceeded by the 83 pilots who had qualified flying a BlÌÎå©riot monoplane.

Seven examples were used by the Greek military during the Balkan Wars, being used for reconnaissance.

Henry Farman's brother, Maurice Farman, constructed his own biplane in 1909, which first flew in February that year. Both machines were derived from the Voisin 1907 biplane, all having similar configurations. Henry's aircraft differed from Maurice's in lacking the pilot's nacelle and not using a Renault inline engine. Maurice and Henry began to collaborate closely in 1912.